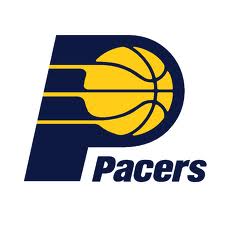 Welcome back to the Sports Scripts 2013-14 NBA Preview! We’re winding down the days, only two left till the regular season! Yesterday I covered the Oklahoma City Thunder and what their fortunes hold this season, so check that out along with all the others previously covered. Today we have the real up and coming team in the NBA, and maybe the best team to knock off the Miami Heat. They took the Heat to seven games last year, let’s cover the Indiana Pacers.

The Indiana Pacers are the best thing the NBA has to “Heat Killers”. Why are they the best test for the Heat? The size. Why do you think the Heat are relying on Greg Oden to be somewhat healthy for the playoffs. Roy Hibbert killed them last year, and so did David West. Also Paul George is a near superstar so that’s always nice. They didn’t make any big splashes in the offseason, but they did upgrade their bench in a massive way. Luis Scola provides some excellent scoring off the bench, and will most likely be the 6th man, unless Danny Granger actually decides to play this year. Chris Copeland brings more depth at guard/forward. CJ Watson is a very nice backup point guard, and while he doesn’t bring great scoring by any means, he can at least run the offense with Hill on the bench, and is a pretty good defender. They lost a multitude of players, but the good news is they were major factors of one of the worst playoff benches, so it should be considered a blessing. Tyler Hansbrough went to the Raptors to bring his energy, and so did DJ Augustin. The disappointing Gerald Green took off to Phoenix to be irrelevant, and Sam Young and Jeff Ayres went to the Spurs. If anyone should be missed, it’s Hansbrough, but Scola is a major improvement over him.

The starting lineup stays the same as last years playoff lineup which almost beat the Heat in the Eastern Conference Finals. George Hill really came into his own as a starting point guard last year, after Darren Collison left for the Mavericks. Hill doesn’t do anything spectacularly, but he can get into the lane and cause some havoc. Having him as your 4th best player, is really encouraging. Lance Stephenson proved himself capable as an energy guy akin to Thabo Sefolosha for the Thunder. He isn’t the most talented player, and won’t be putting up great numbers, but he’s a tenacious defender, and full of energy. What I’m looking for him to do this year is really start to put things together. Become a better and smarter defender, and also get that corner three pointer down. His ceiling is a Bruce Bowen type, and that is fantastic for the Pacers. You need those types on your team if you want to win. Paul George is on the verge of superstardom, and has become the player who can do the most damage to LeBron James, not named Kawhi Leonard. He’s got the length to bother LeBron, and all he has to do is funnel James into West and Hibbert, two very good big defenders. As for offense, he’s such a fluid player, able to use that very same length to get around his man and get to the rim, but also able to rise up over defenders with his great height, and vertical. He’s explosive, aggressive, but also has great touch and finesse. My guess is by the end of the year he’s considered a top 10 player, or even higher. David West resigned with the Pacers for another three years in the offseason, which was easily the best move for the Pacers and himself. He’s a go to kind of scorer in the 4th quarter when you want to settle things down, and get a good high quality kind of shot. Plus, he’s a very good defender, and leader. Finally we have Roy Hibbert who showed just how dominant he should be last year versus the Heat. For Hibbert it’s all about being consistent, and playing up to the level that he did against the Heat, except do it against other teams, because he’s capable of doing that.

This team is built really well. You have you’re star in George, have a solid backcourt in Stephenson and Hill, and the frontcourt is even better with Hibbert and West. The question that I do have is what happens when Granger is healthy? He’s still a very capable player, and while you could bring him off the bench to good effect, you could also get a nice return for him as well. Either way, the Pacers will be contending for an NBA Championship this year, and will once again be the stiffest test the Heat will have to face.